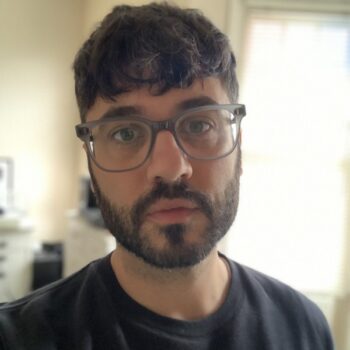 Russell Agro is a film maker and motion designer. Often using a style that combines the aesthetics of modern design with cinematic visuals and VFX across short films, music videos and commercial and broadcast content. After graduating from the Northern Film School in Leeds, with a couple of student Directing credits under his belt , he went on to write and direct a UK Film Council funded short film entitled Animal Crackers. This was screened at Cannes film festival in the Short Film Corner. Since then he has forged a career in directing and motion design for many top commercial clients as well as completing a couple of music promos and most recently Unheard, an ambitious short film shot safely during the covid pandemic, aiming to encompass deeper existential feelings of life in the modern Western world.